Our website uses cookies and similar technologies to provide you with a better service while searching or placing an order and for analytical purposes.
By clicking the Allow Cookies button, you are informing OBAS UK Ltd that you agree to the use of these cookies as detailed in our Privacy Policy.

How important is slip resistant footwear for construction? 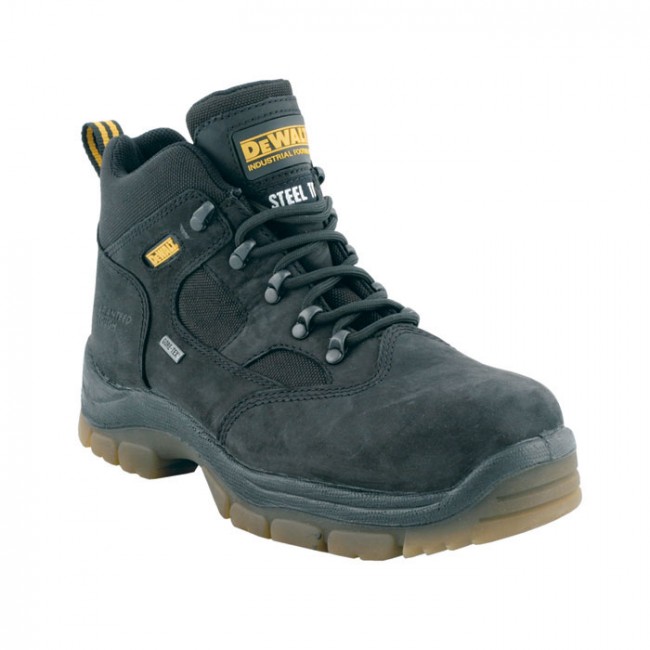 At OBAS we sell a huge range of safety footwear. These tend to focus on making sure they offer maximum protection should the wearer drop something on their foot or should something fall on them however did you know safety footwear is also tested on its slip resistant qualities? Our safety footwear products come in a wide range of options including safety shoes, safety trainers, safety boots, safety wellington and even safety waders!

Construction site’s tend to hazardous environments in which there is the potential for a variety of different hazards, slipping is one which should be considered as much as the possibility of heavy items falling on workers’ feet.

At all times you should consider the comfort of the wearer, because if an item of PPE such as anti-slip footwear is uncomfortable there is a high likelihood of non-compliance.

The tread pattern and the compound used in your slip resistant footwear is incredibly important when factoring in how they will behave in a slip hazard environment.

You should also be looking for sole patterns that don’t become infilled with debris in the environment you’re working in however in all environments you should take particular care to clean the underside of your safety boots to maximise their efficiency.

Remember that the slip-resistant nature of your safety boots will change over time as they wear down, so it’s important that you evaluate the boots being used on a construction site to determine that they are suitable for the conditions and have a process to replace any slip resistant safety footwear that has become potentially dangerous.

Many items of safety footwear will have “oil-resistent” written on them, bear in mind this does not mean they are slip-resistent in oily environments, rather than exposure to oil won’t damage the soles.

Slip-resistant footwear and the coefficient of friction

If the footwear has been tested for it’s slip resistant qualities there will be a Coefficient of Friction (CoF) value, where the higher the CoF the better the slip resistance of the safety footwear is.

The standard for safety, protective and occupational footwear is set out in as part of EN ISO 2034/6/7: 2004 (A1:2007) and footwear which has past these tests will be stamped with a code which may include: SRA, SRB or SRC.

* SRA – tested on ceramic tile wetted with dilute soap solution;
* SRB – tested on smooth steel with glycerol;
* SRC – tested under both the above conditions.

The Health and Safety Laboratory (HSL) carries out the research and testing for the Health and Safety Executive but it should be noted that not every condition experienced on a building site has been tested for so it’s important you undertake the proper checking for the tasks at hand before you begin to use safety footwear and slip resistant footwear in a hazardous environment.

View our quality range of safety footwear. This footwear has been carefully selected for their performance in building sit conditions, alternatively please call 01772 876000 to speak to one of our footwear experts.